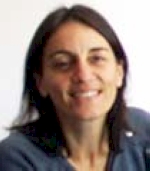 Anne Chenuil is Researcher at CNRS She is an evolutionary biologist specialized in marine population genetics, phylogeography, and phylogenetics. After working with continental organisms at the beginning of her carrier (plants, ants, freshwater fish) she mainly worked on several groups of marine invertebrates (mostly echinoderms, but also bivalves…) from both the Atlanto-Mediterrean region, and the Southern ocean. She has a strong interest the development of molecular tools for non model species. She revealed several complexes marine cryptic species and is interested in studying whether such sibling species are ecologically differentiated. She worked on inter-specific hybridizations, and she is interested in local adaptation. She is developing barcoding aspects and meta-community analyses in addition to phylogeography and population genetics of coralline algae and coralligenous dwelling invertebrates.