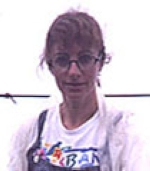 Nadia Améziane is Professor at MNHN, director of the Station de biologie marine de Concarneau. Her research focuses on the exploration and description of biodiversity, especially Antarctic marine invertebrates. Her works also focuse on systematics, ontogenesis, evolution, biogeography and ecology of living crinoidea (Echinodermata). So she had a strong interest in clarifying the systematic status and evolutionary relationships of living crinoids, as well as better understanding their ecology and distributions. She is also interested by the relationship between the ontogeny of these organisms and the impact of environmental conditions. She is active in the museum collections; she is the scientific manager of invertebrate collection (except terrestrial arthropods). She is also member of French committee of the deep sea fleet operating under IFREMER.

To the web site of ISYEB